Still Too Young to Rust -- Dungey Calls It Quits 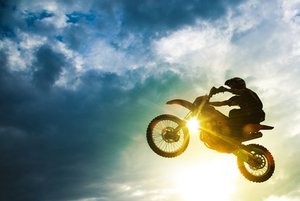 Seldom can you say that a professional racer has nothing left to prove at age 27. But, that's exactly what happened when Ryan Dungey announced his retirement from motorcycle racing. Just days before the start of the 2017 AMA Lucas Oil Motocross Championship at Hangtown, Dungey told members of the media that he would not participate in the upcoming outdoor season. Not only had the KTM factory pilot been a dominant rider for the past eight seasons of AMA supercross and motocross events, he just polished off a brilliant career by winning the 2017 Monster Energy Cup Supercross title two weeks earlier.

Setting records hasn't been anything new for one of the most respected motocross racers of all time. In 2009, he turned heads by winning the 250cc Lites Supercross title followed by 250cc Motocross Championship. Moving up to the big bikes in 2010, Dungey captured the 450cc Supercross and 450cc Motocross Championships as a rookie. Below is a list of championships that few people in the sport could ever imagine in their trophy case:

From 2009 through the end of the recent 2017 Supercross season, Dungey finished only two races outside of the Top 10. That's how you amass 80 AMA professional motorcycle wins and retire at the tender age of 27.