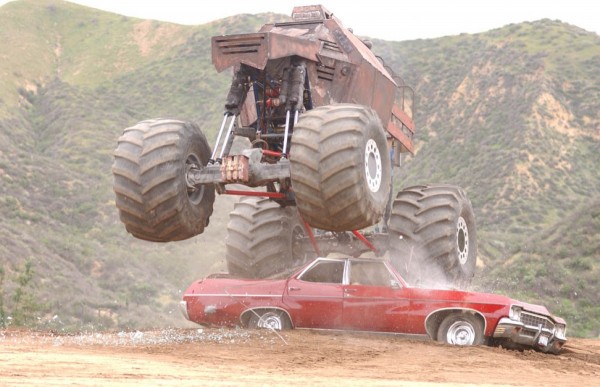 Halloween brings out the crazy costumes and harrowing horror films. But it’s not just houses that are haunted. Some of the best creepy, campy and downright funny fright flicks feature cars hell-bent on devilish destruction. Here are a few of E3 Spark Plugs‘ top scary car flick picks for this Halloween season, starring a classic hearse, a monster-driven monster truck, an 80s-tastic streetcar and a shape shifter than can take on just about any automotive form.