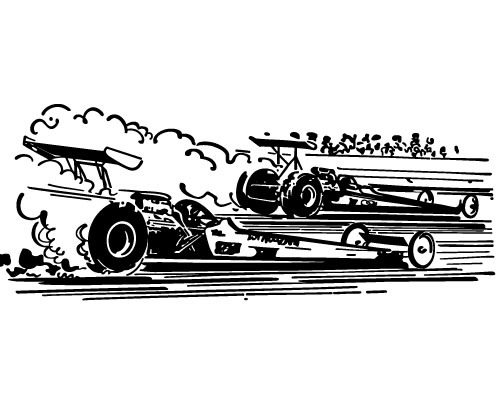 Hank Johnson, known as "Gentleman Hank" in drag-racing circles, passed away 2 weeks ago after a four-year battle with cancer. An amazing driver, Hank won the Top Fuel division at the National Hot Rod Association Super Nationals in 1971 and was a legend in the racing community. He spent 15 years racing in the NHRA national circuit and dedicated most of his life to racing. “I would say it was his passion,” Johnson’s longtime friend and racing associate Bucky Austin said. “Everyone has a passion or a drug of choice, and racing was his drug of choice. He loved it, he absolutely loved it.”

Johnson's career began in the early 1950s. Fans followed him as he progressed through Slingshot and Willys dragsters in the 1960s and began competing in NHRA in 1971. Having won the Super Nationals during his first NHRA racing season was celebrated as a national event. “He was the type of guy who, even if he didn’t know you or was busy, if you had a question he’d stop what he was doing and try and answer it,” Austin said in explaining Johnson’s nickname. “He always took the time to talk to fans or people interested in racing, and he’d help other racers, too. If someone had a problem, Hank would stop what he was doing and try to help. He’s the type of person you’d want your son or daughter to grow up like. I never met a person who didn’t like Hank.”

Having retired from racing in 1986, Johnson remained a big part of the community. Having a history of being a "do it yourselfer" Johnson got out of racing when the expense became overwhelming. By the late 80s, teams had to hire a crew chief, specialist, and a driver to even hope to compete on the national level. Johnson decided to put his money back into his business and local community instead. Despite this, he didn't stay away from racing forever. In 2009 he returned to NHRA, joining Austin's crew which races Nostalgia Funny Car. With his assistance the team won the NHRA Hot Rod Heritage Series Funny Car championship in 2016.

Hank Johnson dedicated most of his life to the sport he loved. He helped build drag racing into the sport it is today and he will be missed by all.